Why Do I Need Uninsured Motorist Coverage? 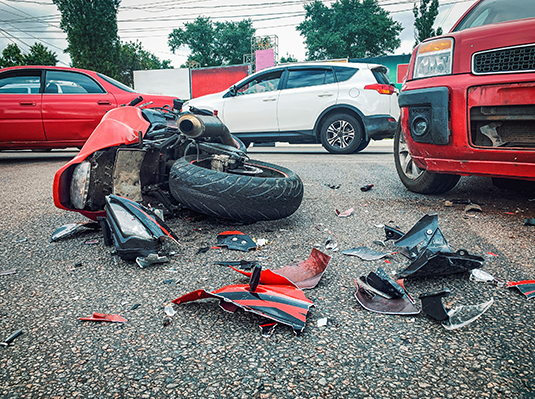 Being in a serious accident is a terrifying experience. Seeing the damage to your car and possibly even being injured is enough to upset most people, but if the other driver doesn't have insurance the situation can quickly go from bad to worse. How are you going to pay for the damage to your car? Will your health insurance cover the cost of your medical bills?

Most insurance experts recommend carrying at least 100/300/100 in liability coverage. This is designed to protect you financially in the event of an accident — what if you hit someone and they have to be in the hospital for several days, or you hit a car with a family of four inside and they all need medical care? This is also the level of UM/UIM coverage most insurance experts recommend as well, and for similar reasons. You want to be protected in case an accident puts you in the hospital for several days or you have multiple passengers who all need medical care.

Is uninsured motorist coverage required by law?
UM/UIM is required by 20 states and the District of Columbia. Most other states offer it as a potential add-on to your auto insurance policy.

What happens if I reject uninsured motorist coverage?
If you live in a state where UM/UIM coverage is not required you can choose not to purchase the coverage, but this is a risky decision. In 2019, approximately 13% of drivers did not have insurance. These numbers are based on a national average, which means some states had much higher rates of uninsured drivers. For example, 29% of drivers in Mississippi were driving uninsured in 2019, which means drivers in the Magnolia state had more than a 1 in 4 chance of being in an accident with an uninsured driver.

If you are hit by an uninsured or underinsured driver and you end up with significant medical bills your only recourse may be to take them to court to cover the costs. If you were hit by someone who doesn't have any assets or a steady paycheck it might not matter if you sue them over the damages — the courts can't take something that someone doesn't have, so you could still be left with nothing at the end of a difficult and expensive legal battle.

Do I need uninsured motorist coverage if I have Medicare or health insurance?
Medicare and health insurance are both great ways to protect yourself financially, but they aren't substitutes for UM/UIM for several reasons, including:

Given all of the benefits, you shouldn't reject uninsured motorist coverage just because you have health insurance.

Does uninsured motorist insurance cover a hit and run?
There are more than 682,000 hit and run accidents every single year in the United States, so it is important to protect yourself financially against the possibility. Your UM/UIM benefits typically cover damage caused by a hit and run driver, but this can vary from state to state and policy to policy.

The best way to make sure you are covered against a hit and run is to check with an insurance expert who can help you understand your UM/UIM benefits and make sure you have all the coverage you need to protect yourself on the road.

When you subscribe to the blog, we will send you an e-mail when there are new updates on the site so you wouldn't miss them.

How To Get The Best Rate On Your Homeowners Insurance

Switching Auto Insurance: What You Need to Know